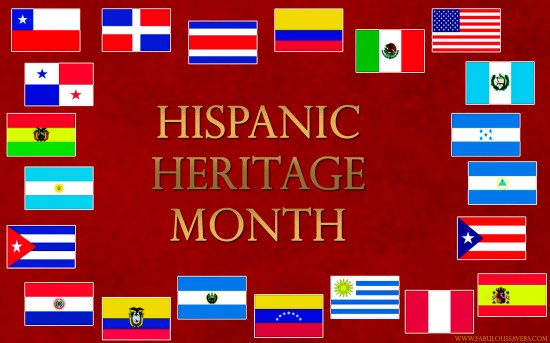 This year’s theme, “Hispanics:  One Endless Voice to Enhance our Traditions.”

Each year our Nation dedicates the month to honor and reflect on Hispanic and Latino tradition, history, and culture, by noting the unique characteristics that shape, cultivate, and enhance Hispanics and Latinos as a community.

September 15 was chosen as the starting point for the celebration because it is the anniversary of independence of five Latin American countries: Costa Rica, El Salvador, Guatemala, Honduras and Nicaragua. All declared independence in 1821. In addition, Mexico, Chile and Belize celebrate their independence days on September 16, September 18, and September 21, respectively.

Federally Employed Women would like to recognize and pay homage to the traditions, culture, and contributions of Hispanics and Latinos in recognition of Hispanic Heritage Month.  During this month, there will be an abundance of programs, activities and history available in our communities to enhance our awareness and knowledge of a culture deeply rooted in tradition.

Multicultural education is an important component of valuing diversity, so take some time out to learn more about those that have contributed to making the United States the most richly diverse country in the world.