As previously announced, each week, a woman who was a pillar with the fight towards gender equality, will be highlighted on our website each week.

Most of us know the story of Susan B. Anthony.  However, do you know who inspired her?

Courtesy of Biography Online, the Story of Margaret Fuller is amazing: 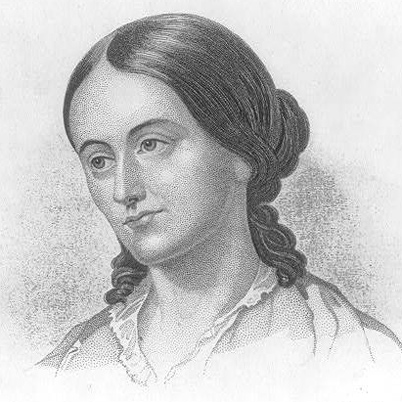 Margaret Fuller (1810-1850) was an American writer, a women’s rights activist, and was associated with the Transcendentalist movement.

Fuller was an influential early feminist whose writings had a profound impact on later women suffrage campaigners, such as Susan B. Anthony.

“She possessed more influence on the thought of American women than any woman previous to her time.”

– Susan B. Anthony and Elizabeth Cady Stanton, in History of Woman Suffrage.

Sarah Margaret Fuller was born May 23, 1810 in Cambridgeport, Massachusetts. Her father was a lawyer and, for eight years, a representative of Congress, enabling him to move in influential political circles.

Margaret was educated at home and also at the Boston Lyceum for Young Ladies (1821-22). She was a voracious reader and became well-known for being one of the best read people in New England. She became the first women to have access to Harvard library, when researching a book on the Great Lakes region. She also became fluent in the classics and several modern languages. Her thirst for knowledge was such that she felt little in common with other girls her own age. She was less interested in more conventional pursuits expected of women, Fuller was hopeful of continuing her studies and beginning a career in journalism.

However, after the unexpected death of her father from Cholera in 1836, Fuller found herself in a position of having to look after her family. Also, she did not benefit from her father’s estate, with the bulk of the family fortune going to two uncles (her father did not make a will). To supplement her income she took a job as a teacher in Boston and later Providence, Rhode Island.

In 1839, Fuller moved the family to Jamaica Plain, Massachusetts. Fuller began women’s discussion groups where Fuller would lead talks about the role of women in society.

In 1839, Fuller was offered the job of editing the Transcendentalists’ magazine – The Dial’ by Ralph Waldo Emerson. The Transcendentalists were an influential philosophical movement in the Nineteenth Century. They believed in personal transformation and looking beyond religious dogmas. Fuller accepted the position and became a leading figure within the Transcendentalist movement. Although she was sympathetic to the movement, she had some reservations about the label ‘Transcendentalist’ being applied to her. However, she frequently visited leading Transcendentalists, and wrote about her experiences in her book called ‘Summer on the Lakes‘ (1844)

“There exists in the minds of men a tone of feeling toward women as toward slaves….”

“…Let us be wise, and not impede the soul. Let her work as she will. Let us have one creative energy, one incessant revelation. Let it take what form it will, and let us not bind it by the past to man or woman, black or white.”

Quotes from ‘Women in the Nineteenth Century‘ (1845)

It was a meteoric rise for Fuller. She frequently broke gender barriers, taking roles rarely allowed for women. She had a very strong personality – contemporaries say she had great self-confidence and self-belief in her own capacities.

“I now know all the people worth knowing in America, and I find no intellect comparable to my own.”

However, she was quick to anger and with a short temper. Her personality could polarise opinion of her. As she herself admits.

“I am ‘too fiery’ … yet I wish to be seen as I am, and would lose all rather than soften away anything.”

In 1846, Fuller was sent to Europe as foreign correspondent for the New York Tribune. She met leading literary figures of the day; she also met the Italian revolutionary Giuseppe Mazzini. In 1848, she secretly married Giovanni Angelo Ossoli, a former marquis disinherited by his family because of his support for the revolutionary Mazzini. Their relationship was kept secretive for several months, though after the birth of their child – Angelo Eugene Philip Ossoli, they became less so. In 1849, they became involved in Giuseppe Mazzani’s fight for the establishment of a Roman republic. Fuller worked as a nurse, whilst her husband fought.

In 1850, the couple took a boat back to America. But, on July 19, 1850, the returning ship hit a sandbank. The ship was abandoned amidst crashing waves and Fuller was never seen again. She had previously written of feeling bad omens about her fate. Her last manuscript on the Roman republic was lost. After her death, a short biography was published, which proved popular

Fuller was interested in a range of social topics. She believed in social reform from women’s rights to the prison system. In particular, she believed women had a right to a full education. She felt a complete education would enable women to be more independent and enable a wider horizon of possibilities than the social conventions of the Nineteenth Century allowed. She also abhorred slavery and felt the Native Americans had been unfairly treated. She wrote extensively on a range of social issues from homelessness to women’s equality and played a role in promoting progressive ideas, which were later taken up by women rights activists and social campaigners.

She was good friends with Ralph Waldo Emerson, Emerson admired his vivacious friend, though Fuller criticized the Transcendentalist concern with personal transformation because she felt the necessity for social reform.