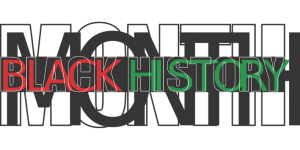 Each year beginning on February 1, an entire month of events are planned nationwide honoring the history and contributions of African Americans.

The theme for Black History Month in 2018 is “African Americans in Times of War” honoring those brave men and women who served their countries in the armed forces, especially those who made the ultimate sacrifice while defending the American ideals of freedom and democracy. It which commemorates the centennial of the end of the First World War in 1918 and explores the complex meanings and implications of this global struggle. The First World War was termed initially by many as “The Great War,” “the war to end all wars,” and the war “to make the world safe for democracy,” those very concepts provide a broad, useful framework for focusing on African Americans during multiple wars from the Revolutionary War Era to that of the present War against Terrorism. Times of War must inevitably provide the framework for many stories related to African American soldiers, veterans, and civilians. This is a theme filled with paradoxes of valor and defeat, of civil rights opportunities and setbacks, of struggles abroad and at home, of artistic creativity and repression, and of catastrophic loss of life and the righteous hope for peace.

During World War II, for example, more than 2.5 million black men registered for the draft and one million served as draftees or volunteers in every branch of the armed forces.

A decade before the first glimmers of the American civil rights movement, most black men were assigned to segregated combat groups.

Even so, more than 12,000 black men who served in the segregated 92nd Division received citations were decorated for “extraordinary heroism” on the battlefield.

At war’s end, recognition of the African-American contribution to the war effort would eventually lay the groundwork for the civil rights protests of the 1950s and 1960s.

The theme suggests that contemporary conditions are cause for critical pause in considerations and studies. These issues include: opportunities for advancement and repression during wartime, the roles of civil rights and Black liberation organizations in the struggle abroad and at home; African American businesses, women, religious institutions, the Black press; the struggle to integrate the military; experiences in the military during segregation/apartheid and integration; health development; migration and urban development; educational opportunities; veterans experiences once they returned home; how Black soldiers and/veterans are documented and memorialized within public and private spaces; the creation of African American Veteran of Foreign War posts, cultures and aesthetics of dissent; global/international discourse; impact and influence of the Pan African Congress, the Black Power movement and the Black Panther Party; and the topographies and spaces of Black soldiers’ rebellion. These diverse stories reveal war’s impact not only on men and women in uniform but on the larger African American community.

All about Black History Month

Black History Month can be traced all the way back to September of 1915. In that year, historian Carter G. Woodson and minister Jesse E. Moorland founded the Association for the Study of Negro Life and History – also known as the ASNLH. This organization was dedicated to researching and promoting the achievements of not only black Americans but all prominent people of African descent. This group would go on to sponsor a National Negro History Week in 1926. The month of February was chosen because the birthdays of both Abraham Lincoln and Frederick Douglass are in that month. After learning of this week dedicated to the achievements of black Americans, many communities around the country began to organize local celebrations.