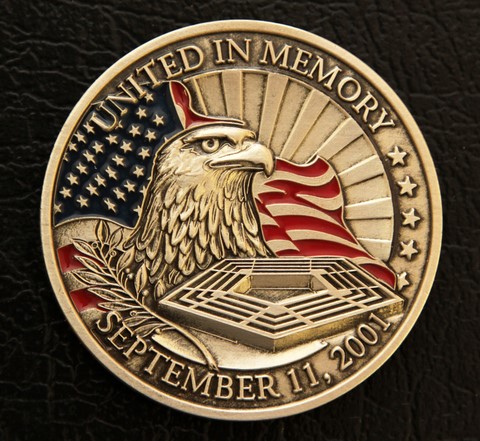 On September 11, 2001, 19 militants associated with the Islamic extremist group al-Qaida hijacked four airplanes and carried out suicide attacks against targets in the United States. Two of the planes were flown into the twin towers of the World Trade Center in New York City, a third plane hit the Pentagon just outside Washington, D.C., and the fourth plane crashed in a field in Shanksville, Pennsylvania. Almost 3,000 people were killed during the 9/11 terrorist attacks, which triggered major U.S. initiatives to combat terrorism and changed this nations tolerance of extremist activities.

FEW shall never forget the sacrifice, the sense of a united community and the brotherhood.  9/11 will always be a day to remember our purpose as public servants to our country.  It is a day that we reflect on how we as public servants place the interest of the country before our own and provide the very best support we can to the communities in which we serve. We work to ensure a more perfect union and FEW’s very existence is dedicated to support our union. This year we are commemorating the eighteenth anniversary of 9/11, and I am reminding everyone to not only remember the devastation of that day, but also remember the strength and humanity shown. President Obama, in a 2011 radio address, said, “Even the smallest act of service, the simplest act of kindness, is a way to honor those we lost, a way to reclaim that spirit of unity that followed 9/11.”

As FEW ascends by “Soaring to New Heights,” we will always remember the acts of service upon which we stand, whether voluntary or involuntary, to form a more perfect union.  Today, FEW pledges to never forget the sacrifice of 9/11.